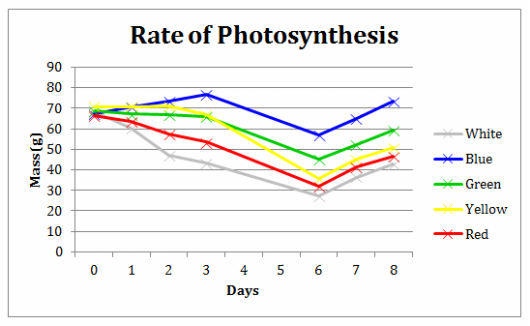 The mass of a plant is directly related to its rate of photosynthesis, which is necessary for it to live and to grow. The equation of photosynthesis is: 6CO2 + 6H2O + Energy --> C6H12O6 + 6O2. In this case, energy is the light energy given off by the light bulb. Light energy travels in waves. Each color of light has a different wavelength which gives it a distinct color. The chart below shows the wavelengths of each color of light in order of shortest to longest.